OUT OF THE BOX
Main
Main
Comments

Out of the Box

On June 22 1977 tucked away in a suburban hamlet of Cleveland, Ohio one of the greatest architects of proto punk and unfortunately an early subscriber to being a rock and roll tragedy, Peter Laughner would succumb to acute pancreatitis, a result of hard living. He was only 24 years old. On the night that he died he had just finished recording a 13 song set in his bedroom, which is included in this recent five record box set. A truly haunting set of songs with his now gruff vocals revealing he would not make it to see the morning light. As haunting as the songs are, especially considering his demise mere hours later, it’s sheer beauty also proved that had he survived Laughner’s best was still yet to come. This recording session which is the final record in the collection might be the most intimate musical moment ever committed to tape since Robert Johnson’s motel recordings, but the collection on whole gives the most vivid and focused picture of this elusive musical maverick.

There is a lot to dive into here with five records documenting his many musical turns, an exhaustively researched 100 page book that illustrates his life with rare pictures, friends recollections and his writings and even a 7 inch single in case you still had room for more. This box set is definitely aimed at the obsessive completest and thanks to the herculean task that took ten years to compile this box set can boast of having everything a post punk/folk/glam/proto punk fan could ever want. The fine folks at label Smog Veil have left no stone unturned and have excavated almost every recorded moment from Laughner dating from his folky roots in 1972 to his aforementioned final night on this mortal coil in 1977. An insatiable music fan Laughner would bury himself in acoustic driven folk before quickly opening up the gates wide open by penning songs for snotty punks like the Dead Boys and posthumously for Guns and Roses as well as forming proto punks Rocket From the Tombs, sitting in with Television and reinventing the lexicon of rock by coloring outside of the lines with legendary post punkers Pere Ubu.

Laughner may not register to many outside of punk rock trainspotters (of which I am admittedly a card carrying member) but hopefully this set will change all of that and expose his pedigree that planted the seeds for punk rock.

At best Laughner was an amazing curator worshiping at the altar of all things Lou Reed, Tom Verlaine, Bob Dylan and Richard Hell as well as his mainstays like the desperate blues of Robert Johnson and Arthur Cruddup. This is where things get tricky as the majority of the songs included in this collection are not sprung from the hand of Laughner but are cover songs. Laughner easily slips inside and scrawls his own signature onto the walls of classic’s like V.U.’s Heroin, which pushes and pulls throughout 13 glorious minutes here and dare I say actually ascends from Reed’s grounded version.  In fact Laughner seems most comfortable using his hero Reed as a launching pad as his extended version of White Light/White Heat remains a glimmering highlight on this well stocked crown of jewels. Not to say Laughner wasn’t keeping his best cards close to his vest as his penned pearls like Dear Richard, Amphetamine or The Next Room of The Dream is nothing short of breath taking that they can now celebrate a new life for the first time.

Conversely for some, Laughner can come across as merely just an expert mimic who just happened to possess a great taste in music. When delving into the exhaustively researched accompanying book you can actually see Laughner grinding his drug buddy Lester Bangs’s gears by inserting himself directly into his record review while peppering rock critic writing with tales of wine and women but  matching his two contemporary heroes pounding passion key for key. When reading his rock critic work from Creem and other publications of the mid seventies his hero worship also seems to take away from his own musical goals painting him as a fan boy that lacks the self awareness of being an important artist. This might be the saddest part of this story as when listening to his undeniable talents in Rocket From the Tombs, Pere Ubu his unsung bands like Cinderella Backstreet or his solo work it is glaring that there was talent in his fingertips that could easily shine next to the contemporaries taking up the beer soaked stage at CBGBs.

If you are like me and love to wrestle musical history from obscurity while plugging directly into the heart of it all this box set will easily be your favorite record of 2019. My vote has already been cast.

OUT OF THE BOX 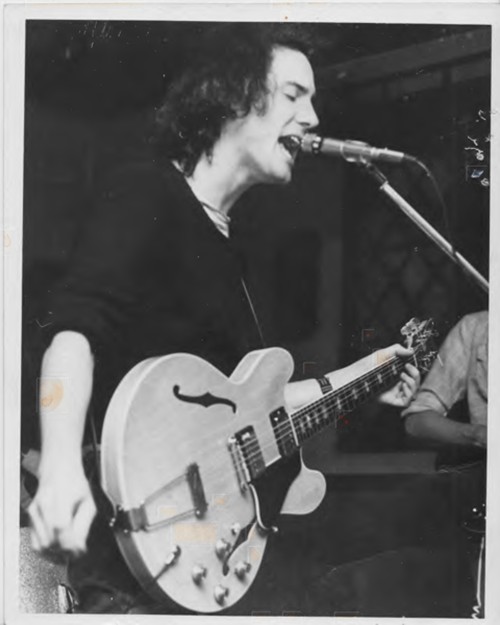 Comments
Order by:
Per page:
Info