Growing up, I was inundated with stories of celebrities who “made it” despite all of their struggles. People who “pulled themselves up by the bootstraps” and “made something of themselves”. It seemed possible if you just worked hard enough.

My family wasn’t rich. We lived in a big house that my dad had built in the country but we were reaching for a life beyond our means. We had a lot of space but not a lot of money. I never felt like I could ask for anything that wasn’t free. I once got to do one semester of dance classes and I couldn’t believe I even got that much.

Other kids had extra-curriculars that required big equipment costs, time demands and transportation. My parents were always working or recovering from working and I saw the stress they were under. I saw that asking for more of anything wasn’t likely to result in anything but more stress.

But I watched tv. A lot of tv. I watched interviews with celebrities and imagined myself in their shoes. I dreamed of one day doing something that would allow me to tell my own rags to riches story.

I was determined to make something of myself someday. I worked hard and was a straight A student who did as many extra-curricular activities as I could because they were free. I was on student’s council, acting in every play and even sang in choir. I did extra math classes, worked at the local cafe and all while my family was dissolving, men were sexually traumatizing me and I was taking care of my sister who is 12 years younger than me.

I started having heart problems.

I was born with a heart murmur, but it didn’t really affect me much and was getting better over time. The heart problems I was having in high school were panic-induced. I was operating beyond my limit and my health was suffering for it. I remember having a sobering talk with my doctor at 17 years old where he told me that if I tried to keep doing everything I was doing, I would have a heart attack before 18.

Heart attacks were for older people, weren’t they? How could my body be putting up a fight already? I was just getting into the most critical time of my life (or so I thought). Most celebrities I had known about were famous by the time they were in their early 20s. I wasn’t even close to becoming celebrated and I’d need to push much harder if I wanted to achieve the kind of success I wanted.

I’d never become famous if I died before I got the chance. I had graduated high school but I was in the double cohort year where they were transitioning from having 5 years of high school to just 4. I was given the option of a whole other year of high school and I took it.

In my victory lap, I took my time to recover. I stopped working. I started seeing a youth counsellor. I had half the course load I had been doing the year before and only took courses I was legitimately interested in. Photography, Writer’s Craft, Vocal, Drama. The arts were all I wanted and that year, they were all I did.

I wrote a lot of music, poetry and prose. I directed and starred in multiple plays. I was the student’s council co-president. I directed our Remembrance Day assembly (and you’d better believe it was angsty as all hell). I felt alive, accomplished and at peace.

University brought new challenges and I really started to notice how class was affecting my life. While many of my classmates had everything paid for by their parents, I had to work through university and I mostly paid for it myself. In order to do well in school and make money to pay for it, I had to sacrifice social ties. I missed out on a lot because of that.

Other classmates had emotionally supportive parents. My parents were fighting each other and there were some seriously scary elements to it. Again, I couldn’t ask them to give me what I needed because I knew they needed support at least as much as I did.

Once my undergrad was over, I was way too burned out to keep going. I did well academically, but emotionally, I was a wreck.

Once again, I stepped back into the arts for healing. I started a band and worked up the nerve to start performing in public. In a matter of months, my drive, passion and talent had brought on my first experience of momentum.

Every show that we did lead to at least one more. We were gaining fans and building an empire. We went from playing bars for free to getting paid to play at festivals. I was on my way to fulfilling my fantasy!

Then, I got sick.

My body couldn’t support the stress I was putting it through and my stomach was quite literally in knots. Two life-saving emergency intestinal surgeries later, I was alive but I was weak. It was a month before I was medically allowed to pick up a guitar. The momentum was gone.

This process of building and suddenly losing momentum would repeat several times thereafter. Each time, I was convinced I was going to get my “big break” so I didn’t give up. I had worked hard, really hard, and was genuinely good at what I did.

Before the pandemic hit, I had released a poetry album that was beginning to gain attention on a scale I hadn’t experienced before. It was a tangible project I could send off to festivals and I was sure that 2020 would be my year to finally break through and be seen. I was making plans to launch my spoken word career in a big way and everything seemed to be building that good old momentum again.

I needed to be able to book live shows. I needed to make money so I could keep going. I needed the world to keep turning. But it all shut down.

This pandemic has brought a lot of hard truths up to the surface. We have gained more visibility than ever before on the issues so many of us face, and often, face alone. We have learned how close to ruin we all are at any time. We have seen how the most vulnerable of us are exploited beyond what humans are even capable of giving. We have seen how little value is placed on the lives of those that society gains from the most.

We have seen how the sausage gets made and we’re mad about it.

These fantastical stories of overcoming adversity are what keeps us working ourselves to the bone just to survive. To make something of ourselves. Despite the odds.

We all think that we have what it takes to break through to the other side. To become worthy of life without existential distress. We all think that if we just work hard enough, we’ll “make it”. The reality is that some of us have greater access to resources than others. That no matter how hard you work, you’re starting farther back. That the circumstances you were born into matter more than the skills and abilities you have worked for.

The truth is that we are all worthy of life without existential distress. We are worthy of so much more than we get.

The system will not allow us to thrive. Wealth needs to be redistributed. Work weeks need to be reduced and the wages need to increase. It is unacceptable to risk our lives trying to survive while others have more wealth than they could ever even spend.

I shouldn’t be fantasizing about telling my rags to riches story.

I shouldn’t be in rags at all.

And neither should you.

Dear Me at The Rockpile 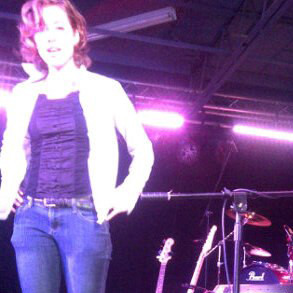 Article
740 views
A Star is Born…Into Privilege
Are you sure?
Please, enter a value here