I am looking at a map. It is 1 p.m. Roads thread through the cluttered paper land. The street names freckle the pages with a curious language. Marks make a code of words, but I can form no direction from their guidance. Avenue X looks the same as Avenue Y.  I sit at the crossroads, defeated and uncertain and allowing time to soften. I know that I had an appointment, but I have forgotten when it is. Hours sink into sand as I decipher the terms and finally toughen my feet to take a single step.  I tell my foot to lift, I tell my hands to liven, but my body is deadlocked. Inertia creeps my skin into stillness, as time falls through my fingers.

It is 11 p.m. I remind myself that this is executive dysfunction. I learned of executive dysfunction symptoms online soon after being diagnosed with PTSD. For me, it was a foreboding possibility; I resented the idea that a meaningful change in my productive capacity could occur that I didn’t have complete control over. As I fought with my dwindling energy, I tried to tell myself that it was not my fault, but would fall asleep with a sharp anger—why can't I do more?

Executive dysfunction refers to cognitive, emotional, or behavioural difficulties that can occur after injury or from pre-existing disorders that alter the patterns of the brain. It can affect people living with a range of disorders from attention deficit to the autism spectrum. In my case, post-traumatic stress disorder exacerbated symptoms that were already present. I had always struggled with concentration. Growing up, family members fondly referred to me as “flightier than a pack of geese” but my concentration difficulties were considered mere creative quirks. After I lived through traumatic experiences in my adulthood, not only my concentration but my basic motivation to produce anything almost completely vanished. Soon after, I was diagnosed with post-traumatic stress disorder. Within a few short years, my PTSD cut my concentration and motivation to minimal capacity. It led to days in bed, a fog that clouded the path to even minor decisions, and a pervasive greyness that was emotionally foreign to me. I couldn't understand what was happening—I had grown up with the understanding that I was skilled beyond my age. I had gobbled up any book in sight and was applauded for this behaviour by the adults around me. I had quickly learned that receiving love and praise was directly coupled with ongoing, unwavering intellectual labour.

But there was no dialogue in school about how capacity or ability can change or even fluctuate. Ideas around capacity or motivation went wholly unmentioned—as my fourth-grade teacher coldly stated to a room of embarrassed nine-year-olds who hadn't completed their homework: “Where there's a will, there's a way.” As a child, I interpreted this in an almost-radical understanding of control and self-power: the world was meritocratic and fair. Individual outcomes were rooted in a single definite cause: what one chose to do would produce one’s circumstances. Within this framework, I understood any of my perceived failures to be fundamentally grounded in my own autonomous agency: I needed to try harder, work more, and ignore any environmental or physiological factors altering my performance.

At what many would consider a life peak—beginning a doctorate degree in my twenties—my brain woke up each day feeling as if it had just finished a gruelling marathon. Nightmares and flashbacks flooded me. I would not feel the hours pass until suddenly the clock was striking 11 p.m. I couldn't recognize or read the signs of where to start movement—is my body here? Is it okay? Should I eat? Can I eat? Can I move? What is most important to do today? How do I discern what is more important? How much energy is in my body and how long will it be there? Is anyone asking anything of me? Can I do what people are asking of me? All signs were fluid, as if my body was a disjointed, moving map I could not read, and all motion was bewildering. As I moved into my early thirties, trying to feign motivation, a hard truth was gnawing at my ‘gifted child’ persona—I had become disabled.

Researching the nature of executive dysfunction proved to be its own learning curve. Numerous studies have been devoted to better understanding executive dysfunction symptoms and various mental health disorders or injuries. The 2012 article “Executive function and PTSD: Disengaging from Trauma” in the Neuropharmacology Journal reported that, “These impairments may be exacerbated within emotional or trauma-related contexts, and may relate to dysfunction within dorsal prefrontal networks.”1 Frontiers In Psychology published a similar article in 2016 called, “Executive Dysfunctions: The Role in Attention Deficit Hyperactivity and Post-traumatic Stress Neuropsychiatric Disorders”, detailing comorbidities in patients living with executive function problems: “There is considerable comorbidity between PTSD and major neurocognitive disorders, including a high association between PTSD and a significant decline in physical and mental health.”2 While multiple mental disorders are linked to executive dysfunction symptoms, the outcomes are similar: trouble with keeping track of time, remembering dates, being punctual, prioritizing and remaining focused on tasks, and communicating needs to others.

Difficulties with executive functioning are frequently at odds with capitalist standards of success. The capacity to perform and produce are characteristic of our social view of success, which divorces some neurodivergent people from the metric for achievement. As Billie Walker writes in the 2019 article “Rest as Resistance: A Guidebook to 24/7 Capitalism”: “While differing executive functioning problems may or may not be linked to trauma, all executive dysfunction symptoms hold a plain fact in common—they garner starkly oppositional patterns than those most desired in a capitalistic society.”3 Resting and protecting one's capacity act as disruption to capitalism. In preserving energy, particularly as a neurodivergent person, one is choosing health over productivity.

All too often, executive dysfunction is misunderstood as laziness or unwillingness to work. In fact, the opposite is true—many people with mental injuries or illnesses experience an extreme level of over-stimulation of the senses that routinely exhausts them. As Vicki Peterson writes in “Why Trauma Survivors Shouldn’t Think They Are ‘Lazy’”, “The traumatized brain is anything but lazy. In fact, it is overworked, overstimulated, overactive and overstressed. Many trauma survivors have an enlarged amygdala, which triggers the fight-or-flight response. In a survivor, this response goes haywire.”4 For those inching each day toward the seemingly simplest of tasks, the choice to rest informs one’s ability to heal, develop reasonable boundaries, and proactively prioritize personal safety. The need for understanding rest as a political undertaking is not only self-benefiting; it is imperative to collective health.

Resisting mandatory productivity creates healthier communities and relationships. In valuing one another for our intrinsic worth as human beings, we move away from value rooted in product, capital, and output. Productivity is not inherently good; it is morally neutral. In perceiving our actions as meaningful on a moral compass outside of the landscape of capitalism, we become better able to assert who our productivity benefits and how we want our productivity to function in our social ecosystem. Becoming critical of how expending energy can either debilitate or heal gives us the space to create work informed by a culture of consent and dignity. Loving a good friend is as valuable an action as writing a research paper. Laughing at a favourite movie is as valuable an action as going to work on time. In appreciating the scope of what is truly good and offers beauty to us, we allow ourselves to heal both inwardly and outwardly.

I am looking at a map. It is 1 p.m. I put on CBC Radio to hear the National Research Council Official Time Signal. The long beep says, “I am here.” It says, “This is this moment and it sounds the same everywhere. You are here.” Neither out of time or on time, my body finally moves in time. The map is rolled up for the day. The volcanic arches cool and the street names recede. The body pauses. Hearing itself, ankles listening to calluses, temples honouring the mind’s slowing hum. Believing itself, whispering that we, at last, can rest. 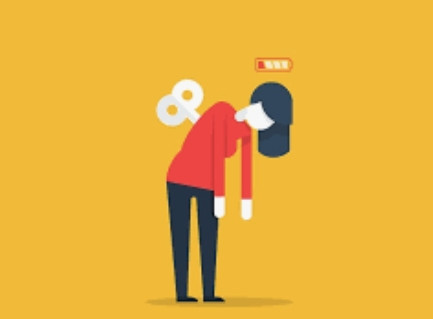 Article
54 views
Against Productivity: Executive Dysfunction, Disability, and Moving Toward Political Rest
Are you sure?
Please, enter a value here