All In The Name of Funk 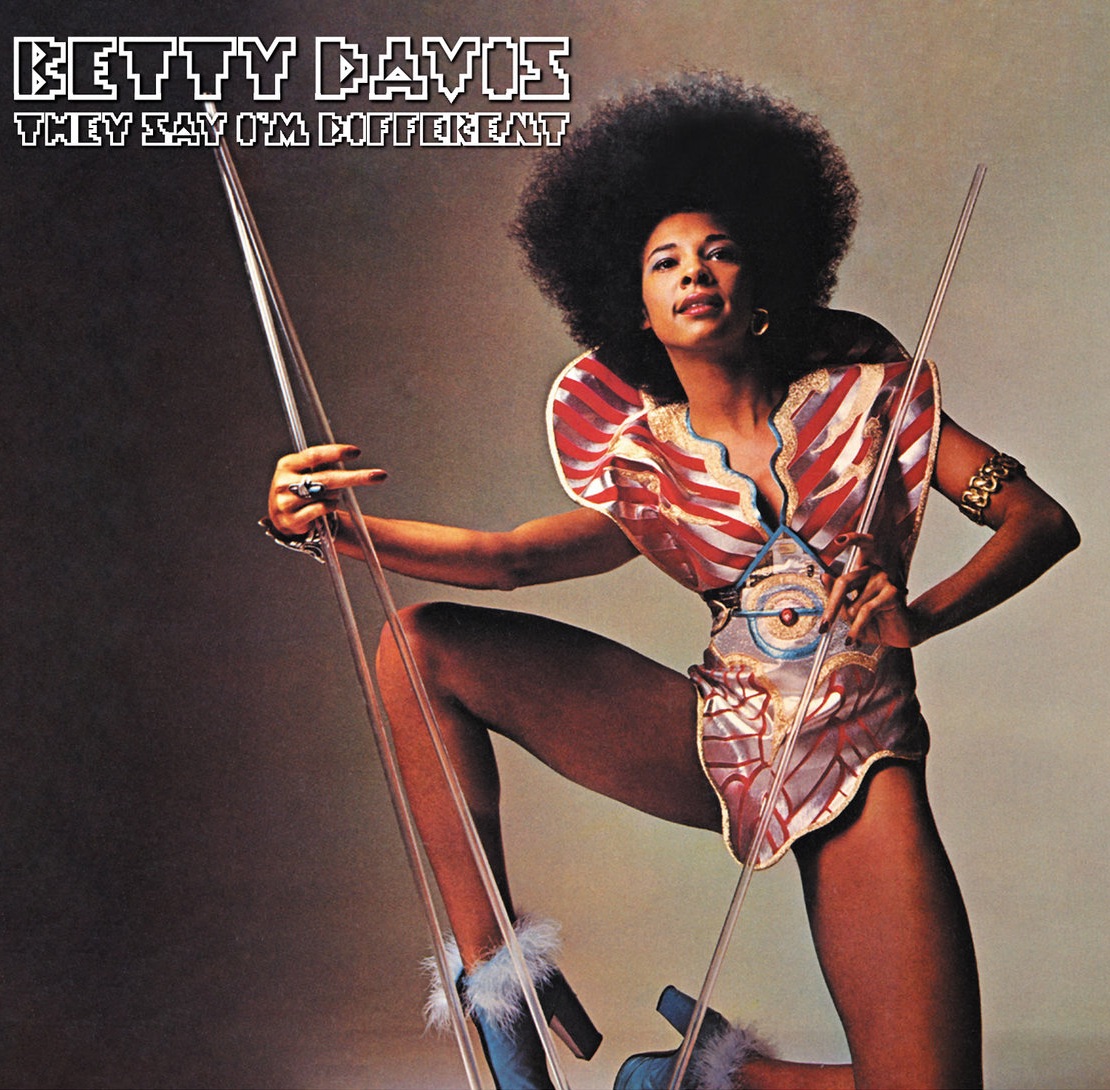 I was a bit of a latecomer when it came to discovering the true highness of funk, Betty Davis. Davis produced the beats that were actively sampled by people like Ludacris, Ice Cube, and Talib Kweli, which took up space in my CD rack, but Davis’ down and dirty style of funk still eluded me. It wouldn’t be until 2007, when promo copies of the reissues of her ’74 eponymous debut and her sophomore slugger “They Say I’m Different” spilled out on my desk.

Davis cut quite an image on the front covers with thigh high platforms that reached right up to her sequined hot pants, African/space age Sun Ra-esque garb, and a proud, thick afro that reached sky high. On the back cover, the CDs boasted killer song titles like “He Was A Big Freak”, “Anti Love Song”, “Don’t Call Her No Tramp”, or the utter dance floor filler “If I’m In Luck I Might Get Picked Up”.

To say I was smitten by this haymaker of funk hitting me in the blind spot would be putting it lightly. Just shove on her stomper “Game Is My Middle Name”, where she pretty much invents West Coast G-funk rap in 1974, and you will be hooked. With a roll call boasting heavy hitters like Sly and Family Stone’s Larry “I invented slap bass” Graham laying down the low end thump, while Sly’s man behind the tubs gets behind the board to lay down all of the beats for some rock solid funk. This is the slow and grinding raw funk that would soon be imitated and cleaned up on early Prince grooves and Rick James bangers, but even at their funkiest, James and Princecould never reach these heights. 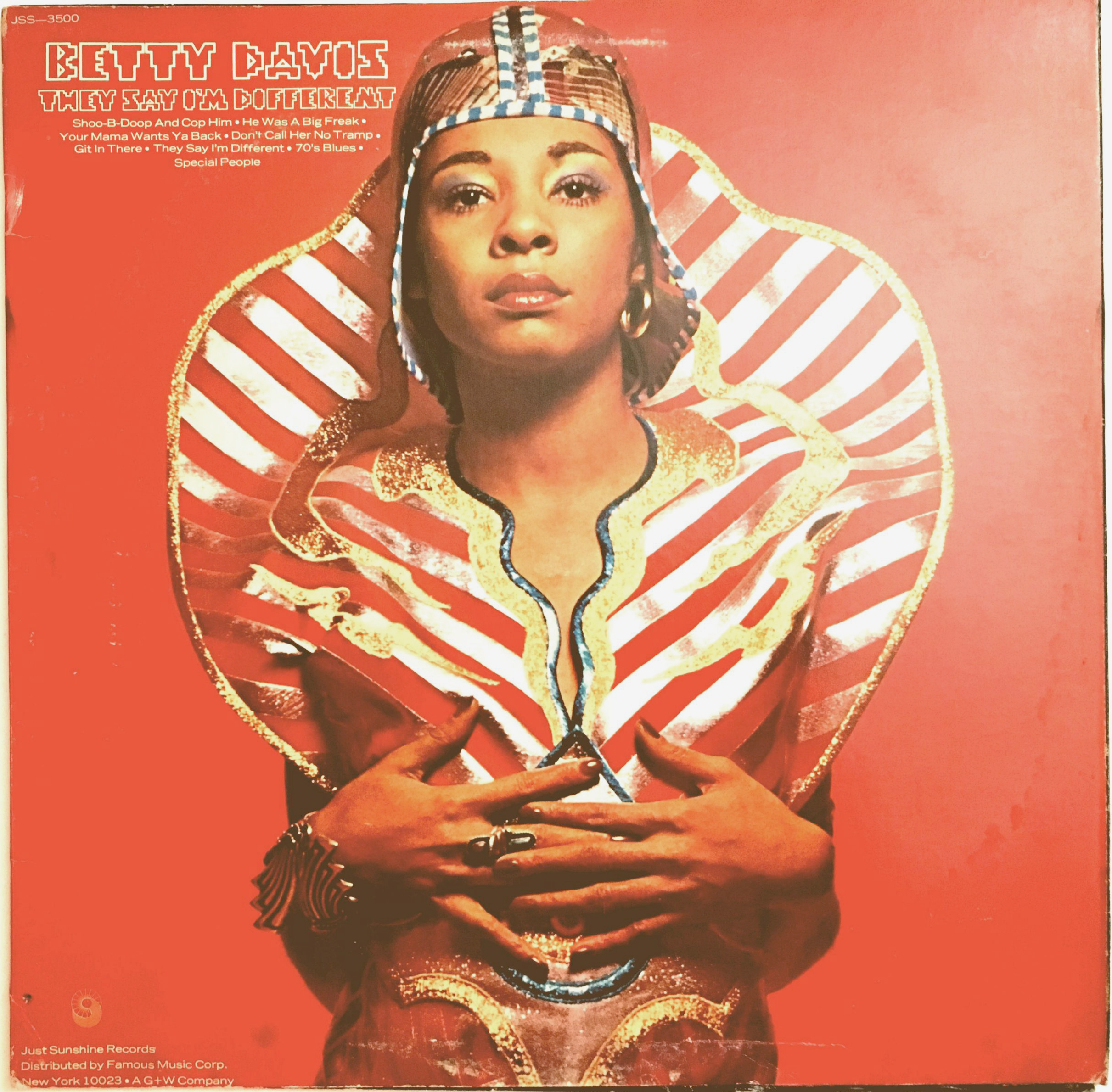 For Davis’ later years, it would be only ones in the know, those crate diggers and sampler inspired DJ’s/producers, who were snatching up Betty Davis’ vinyl output. When her first two records hit the racks in ’74, a lack of live shows and record promotion would relegate this obvious talent to a cult status. (Not to mention the pure raunch and unabashed musical discussion of sex was a bit too much for the tepid seventies.) This record was light years ahead of its original release date, and in many ways, the music world is still trying to catch up.

With very little press, and lack of interviews, it would be the extensive liner notes of the reissue CDs from 2007 that spilled a bit of light on the enigmatic Davis. The extensive and well-researched liner notes, lovingly written by Oliver Wang, turns over every stone possible. That said, there isn’t a lot; Davis much shied away from the limelight and began completely isolating herself from the public in 1979. What we do know about the Queen of Funk, thanks to Wang’s diligence and super sleuthing, is that Davis was indeed married to stone cold badass Miles Davis. Betty would provide the muse for Davis’ legendary “Bitch’s Brew” record (which Betty titled) and would have Miles ditching his Italian suits for funkier threads. Wang’s digging also reveals that Davis also penned tunes for the Commodores and others while rubbing shoulders with Jimi Hendrix, Sly Stone and other black artists who were gunning for the top of the charts.

When this DVD became available, I assumed director Phil Cox was going to update us and shed some new light on this enigmatic giant, hopefully shattering a couple of myths along the way. For those of us who have become insatiable fans and are already well read on all information made available from Wang’s liner notes, this is where things start going a little south. 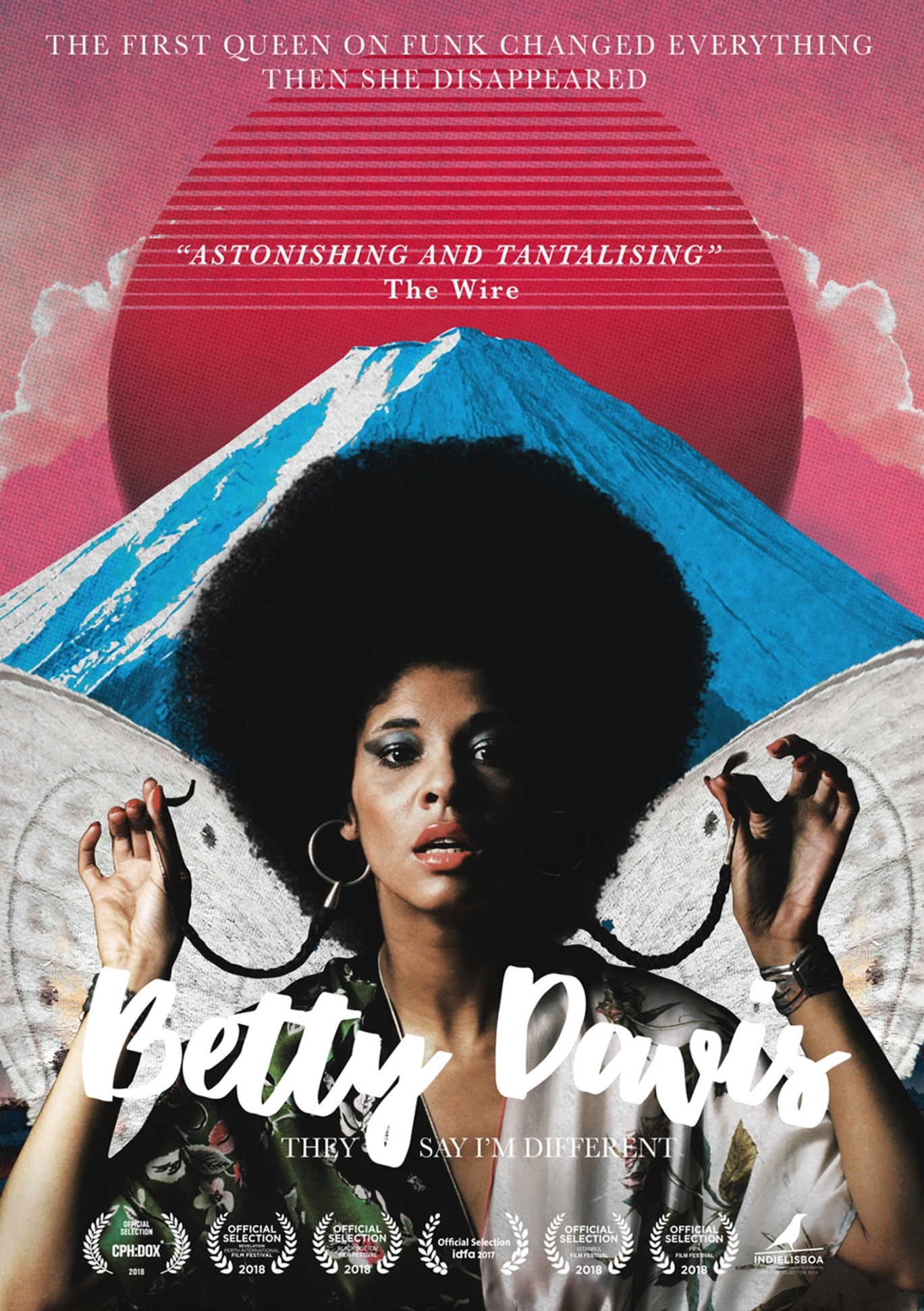 If you enjoyed the incredible Oscar winning documentary “Searching For Sugar Man” (2012),  in which director Malik Bendjelloul rediscovers the story of cult musician Sixto Rodriguez, plucking him out of his construction site in Detroit and placing him back in front of his adoring audience, you are not going to find similarly unearthed new material here. Coming in at just under an hour, there is a sense that Cox did not have an extensive amount of material to work with, frequently utilizing talking heads to fill up space There was very little live archival footage to mine as there was only one song from Davis and her band that was ever shot, and Davis herself remains as reclusive as Greta Garbo. All in all, there was about as much new information included in this release as Davis has ballads: just about none.

Without giving too much away, Davis herself does indeed show up, albeit as a 72-year-old who doesn’t seem too interested in digging up her funky past. In fact, we only see Davis as a silhouette for a very brief interview, in which she is not especially verbose but notes that she has returned to writing for the first time in decades. What we do discover from interviews with close personal friends is that it was a spiritual awakening during her time in Japan which resulted in her choice to become a recluse.

I can’t be all that hard on poor old Cox, as he admittedly has little to work with. He admits in the interview section that he was lacking material prior to the final edit. Visually the film is peppered with some great shots, and Cox shows some nice juxtaposition with time lapse color photography strewn over black and white archival footage. He also intersperses the film with some nice shots that stem from Davis’ awakening, but it comes across as celluloid filler.

Hopefully “They Say I’m Different” will continue to attract even more people to the hard and heavy funk school of Ms. Davis—and it seems that all we need to know about her is locked into those grooves. The high lady of funk also has high historical importance that goes far beyond her caterwaul and funky stomp. Davis directly fought against the male-dominated music industry of the early seventies while freely expressing her own sexuality, rejecting the role of male fantasy object. This is definitely something that would permeate hip hop later with artists like Lil Kim, Salt ’n Pepa, Missy Elliot and a host of others currently owning their own sexuality with mic firmly gripped in hand.

Definitely give this release a look if you are digging into the roots of funk, and women of color music veterans, but best to get into the thick and chewy grooves on her eponymous debut and follow-up “They Say I’m Different” first before seeing if you want to dive in. That’s all the truth about Betty Davis you’ll ever need—and likely all she’ll let you see.

The “Betty Davis: They Say I’m Different” DVD is available from MVD Visual.