Boxed In Part One

There were some absolutely classic records that rightfully got the expanded box set treatment recently and over the next installments of The Review we will look at some of the best of the bunch.  Many of these classics that we will be looking at are celebrating anniversaries of their original release dates while some are just being reissued to appease the demand of new found fans who weren’t even born when the original albums hit the racks for the first time.

This is the first edition of the box set series of The Review so if you are looking for some tried and true classics that runs the gamut from Brit blues boom, early electronic, psych folk, original Brit pop and good ol’ punk rock keep your digits clicking here.

OK, I’m not gonna lie to you fine furry folks and tell you that this is The Kinks’ greatest moment as that would be The Village Green Preservation Society but if Village was “the Hall” of their catalog than surely Arthur would be their comparable “Oates”.

With just a shade past it’s 50th anniversary the respective three different versions of these box sets of Arthur should appease the first timer (single remastered version of the original record with bonus tracks), huge fan (double CD of original record with bonus tracks and the long lost Dave Davies solo record with bonus tracks) and the uber trainspotting OCD riddled collector who will be digging into the limited edition deluxe box set featuring a whopping four CD’s, extensive book, five photos, four 7|” singles housed in their original picture sleeves, two posters and a pin. I managed to get my grubby mitts on the double CD version and despite having the original copy of Arthur on vinyl this rather handsome two CD set packaged in a hardcover book and complete with an extensive book with participation from all surviving members makes this my definitive go to copy.

Merely a year after their 1968 watermark record The Village Green Preservation Society chief Kink Ray Davies continued to delve into his most prolific period and produces a concept record with a panoramic plot line. Originally scripted as a radio play for BBC the story follows a central character named Arthur Morgan who is stuck in the dreary rut that is post war Britain. We follow his trials and tribulations as Arthur’s son dies in the Korean War while another son is able to escape brutal Britain and emigrate to the sunshiny coasts of Australia. The story chugs along and truthfully can get flimsy at times but the undeniable British whimsy that Davies is able to bring to the table is delightful throughout all 73 minutes here.

Although the record would achieve hardly any chart success on it’s original release it would remain a firm fan favorite and become a template for songwriters who chose to celebrate British culture as opposed to shun it. Arthur would also sport some of the definite jewels in Davies’ already well-stocked crown with songs like “Victoria”. “Australia and arguably what may be Davies’ finest hour, ”Shangri-La”.

The Great Lost Dave Davies Album, which makes up the companion CD should come across as nothing short of a revelation to Kinks fanatics. With exception to a few stray tracks that eventually found their way on b-sides and compilations this will be its first official release. Admittedly not as riveting as Dave’s older sibling’s work on Arthur but criminally overlooked tracks like the glimmering Mindless Child of Motherhood is easily one of Dave’s greatest moments. Even Ray pens the final three songs on this record that continues to show the older Davies looking through the eyes of well crafted characters.

Although this truly classic record is now experiencing a new life the recent word that the long quarreling Davies brothers have looked beyond their differences and have now agreed to a tour this year may be the best news yet. Truly a great time to be a Kinks fan.

Gene Clark – No Other (4AD/Beggars Banquet)

What do you mean you’ve never heard of Gene Clark? True, that David Crosby and Roger McGuinn and later Gram Parsons might’ve figured more prominently on the Byrds marquee but it was the unassuming and deeply troubled Clark that was penning the hits from the safety of the shadows. Look no further than Byrds jangle encrusted hits like “I Feel A Whole Lot Better” and the raga fueled jammer “Eight Miles High” to witness Clark’s power. During his stint in the Byrds between ’64 and ’67 he would become a true instigator in the folk rock tradition.

His post Byrds material leaned firmly more in a country/bluegrass vein and despite the Laurel Canyon cosmic country that he helped inspire his fame and success would never take flight like when he was a Byrd. Although fame would elude him his solo records like The Fantastic Expedition of Dillard and Clark and White Light would become cult favorites and become a touchstone for alt country.

Despite a remarkable songwriting talent Clark was unable to receive any traction and throughout his career would remain his own worse enemy with a burned out trail of substance abuse that would eventually take his life in 1991.

Armed with a $100,000 recording budget in 1974 Clark would make the watermark record of his career. With critics falling over themselves with hyperbole the record would be relegated directly to the cut out bins upon release. It’s popularity would only start to bloom over the decades resulting in a string of nights where bands like Beach House, Fleet Foxes, The Walkmen and Grizzly Bear and more would celebrate the genius bursting out of the grooves of No Other and performing the record in it’s entirety. Other outspoken fans that have helped draw attention to Clark’s post Byrds work include Robert Plant, Yo La Tengo, Teenage Fanclub, This Mortal Coil and many more.

Songs like the soft and lilting country inflected record highlight “Silver Raven” features Clark’s troubled and tormented pearls being delivered with a tender croon that is guaranteed to reduce even the most callous to a puddle. Although the record never pushes things into the red or ramps up tempos it is the well carved out words that are riddled with despair that is gonna hook you into this one. The record works on two levels, one that is the expert musicianship and inventive arrangements all masterfully captured to tape by producers Sid Griffin and John Wood and the other is the sense of melancholy as Clark delivers well chiseled words that will dig in deep before resting in your marrow.

The two CD set comes in an attractive hardcover book form and includes an exhaustive book that tells the story of Clark written by Byrds biographer Johnny Rogan. Also included in the book is session info and best of all Clark’s incredible lyrics nicely typeset with all nine songs garnering their own deserved page.

Things aren’t all peaches and cream here though as the companion disc unearths unissued takes of No Other’s nine songs and truthfully offer not much to the story here. Although definitely worth a quick listen none of the cutting room floor versions surpass the takes used for the original released version of the record and offer no new insight. The versions, which were chosen for the master recordings, are already galvanized and as close to perfection as any artist could hope for.

Although the revisionist history books will list his brief time in the Byrds as Clark’s career highlight they would be sadly dead wrong. Although largely ignored upon it’s original release his most heart wrenching and deeply riveting work can be found right here.

Next up: Two some of the best records 1979 had to offer which is now celebrating 40th anniversary box set editions. Included is my favorite punk rock record of all time and a Behemoth box set from one of metal’s mightiest. 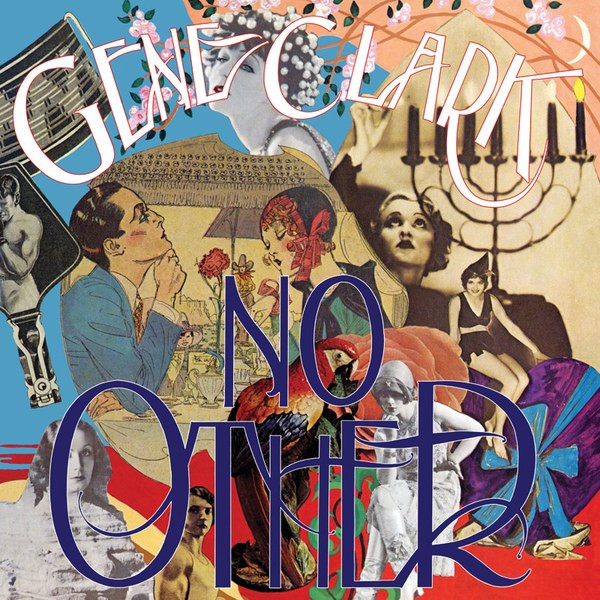