Lowell Shows How Slow Fashion Is Keeping Montreal On The Map

Known as the fashion capital of Canada, Montreal is ranked third in North America for clothing manufacturing. The industry brings in 7.6 billion dollars a year in sales and employs over 28 000 people.

Just a few years ago, experts were predicting that in order for the city to keep its foothold in the industry, the fashion business would have to undergo massive changes, embrace new technologies, and make small ateliers a thing of the past.

But that doesn’t seem to be happening.

The leather purses that hang on the walls of Lowell’s flagship store in Mile End have the names of the seamstresses who made them stitched into their lining. It’s a sign of the renewed appreciation for artistry and craftsmanship that’s taken hold of the city as it embraces slow fashion and DIY maker culture.

Acknowledging the hard work and talent of individual labourers is also about as far as you can get from the traditional ethos of Montreal’s fashion industry, which was known for exploiting its labourers, who were often new immigrants.

In its heyday, during the mid to late nineteenth century, close to 8o percent of Montreal’s immigrant population of Eastern European Jews worked long hours for little pay in clothing manufacturer’s sweatshops. The industry eventually became known as the schmatte trade, after the Yiddish word for rag.

Today, Lowell’s seamstresses work at an atelier located just a few blocks away from the store, in the heart of the old garment district. They produce leather items for Lowell’s boutiques, which also sell an array locally designed and manufactured, sustainable clothes for adults and children.

The slow, or sustainable fashion industry is characterized by the production of high-quality goods made in ethical, socially responsible ways using eco-friendly materials such as organic cotton and vegan leather.

It’s a counter point to the fast fashion industry, a term denoting companies like H&M, Zara and Forever 21, that churn out mass produced designer knockoffs, averaging 14 days from the time an item is spotted on the runway until it hits a clothing rack. The cheap clothes only last for a few months and their production involves exploitative labour practises, toxic chemicals and wasted energy.

“No one wins, except for big businesses,” explains Veronica Reufigo. The 26-year-old recently immigrated from Venezuela and now works as a salesclerk at Lowell.

“I could never work in Forever 21, it would make me super depressed because it doesn’t work with my ideals,” she says.

Forever 21 recently filed for bankruptcy and it may be a sign of the times. One that’s good news for Montreal, where the sustainable fashion industry is exploding in popularity, with brands like Hotel/Motel, Atelier b, and Naked and Famous beginning to make their mark. Meghan Markle was even spotted wearing Montreal slow fashion brand Room 502 on a recent trip to South Africa.

Even the old guard is sitting up and taking notice. At the end of November, Montreal’s slow fashion industry was treated to an event at a traditionally more haute couture type of venue. The 5-9 at the McCord Museum featured a fashion show as well as DIY workshops.

Reugifo, who also has her own clothing brand and whose boyfriend does silk-screening, bubbles with excitement when she talks about the slow fashion scene in Montreal. Her descriptions of packed to the rafters underground parties and young, inspired artists working together resemble those of the Montreal music scene in the 1990s.

“It’s like a small, big family, and we’re all doing really well,” she says happily.

Lowell is doing really well too. Despite the hefty price tags of many of their items, business is booming. Lowell just opened a new boutique on Wellington Street in Verdun. It’s the company’s third locale.

Reugifo says the secret to Lowell’s success is that they care about their quality of their products, the local brands they promote, and their employees. 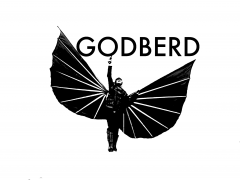