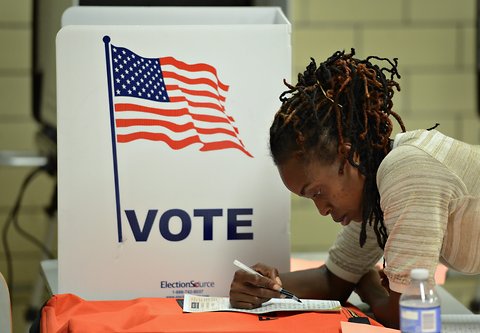 The distance between now and the US election becomes smaller every day. The impact one can have on an election and the impact an election has on us are directly correlated. Quietly voting in this day and age is no longer enough, and perhaps never has been. Now, more than ever, what's needed are effective advocates for those who don't have a voice, and a resurgence in critical thinking.

From the way we communicate with those we wish to win over to our cause to the way we consume political media, there are plenty of things to keep in mind when trying to achieve impactful advocacy rooted in critical thought during an election. With that in mind, here's a short list of suggestions for you to get there.

1. The reasons why you support a candidate should be much more compelling than the reasons why you don't support another. If you truly believe the facts are on your side, convince people instead of confronting or shaming them for not already being on board.

2. I’ve said it before and I'll say it again, the media exists to make money; not by informing you, but by feeding your confirmation bias. Outrage is more profitable than nuance, so be wary of articles that ignore policy for the sake of emotion. Stay curious, but don't be a sucker for rageclicks.

3. No politician is above questioning. Knowing the difference between smears and valid questions asked in good faith is key. The desire to shield politicians we like from vetting or even constructive criticism for "the sake of the greater good" is actually quite Trumpian.

4. Avoid the cult of personality; candidates are public servants, not gods. It's never good for democracy when voters act more like fans than concerned citizens. These people are here to serve you, not the other way around. Never be afraid to hold them accountable.

5. Some people's politics are so caught up in who they should take down that they forget about who they should be elevating. Listen to the folks who need help and share their stories. Make the case for the policies you feel can help most. Advocates are more inspiring than trolls.

6. Stop prioritizing aesthetic over policy. A politician's voting record should always matter more than their tweets. If you're more concerned with your candidate's clapbacks or viral moments than whether or not they voted to keep bombing Yemen, you're doing accountability wrong.

7. EVERY candidate has past mistakes to answer for. The one you support is no exception. Being a true supporter means wanting your candidate to do better, so you should also take interest into whether they’ve changed perspective or evolved on different subjects, instead of sweeping their mistakes under the rug.

8. You can be inspired by a politician, but never let them become your moral compass. You should also do your own research, because the moment you don't know where you stand on an issue without being told is the moment you go from being a critical thinker to just another follower.

9. When politics are treated like religion, voters become followers, dissent becomes blasphemy, and accountability becomes heresy. Elections should be about choosing which candidate can serve you and your country best, not choosing which altar to pray at. ALWAYS think for yourself.

10. The more you find comfort in echo chambers, the more performative your activism becomes. Challenge leads to growth, and opening yourself up to more info will only make you a more effective advocate. Preaching to the choir might feel good, but it's changing minds that matters.

11. Stop underestimating the value of your attention. If you're more aware of Trump's typos than of which industries are backing which candidates and why, you've undervalued your attention. Your focus can lead to change, that's why politicians are always trying to distract you. 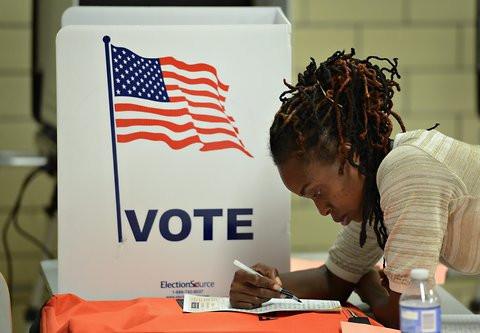 Essay
495 views
Eleven Points to Ponder Ahead of the US Election (this or any other year)
Are you sure?
Please, enter a value here