Growing up in Maine, Sunday was game day.

Our attire was theatrical. Anything could be used to replicate the shoulder pads and knee pads and 3team jerseys of our favourite players, their numbers duct-taped or spray painted over an inside-out AAA plumbing shirt stretched over two or more sweatshirts.

We spent hours running post pattern passes and flea flickers and sideline routes. Every possession contained at least one Hail-Mary pass... kids are eternally optimistic. It was normal for scores to skyrocket because neither team would quit... kids are endlessly hopeful.

Then.. there was  the walk home, alone, replaying our moments, the highlights and the failures; those it seemed, hung heaviest in our heads.

This was every Sunday for us, until finally adulthood called and our day to day responsibilities overwhelmed.

Play is celebration. It can only truly occur among those with few worries; it is a privilege that's not equally shared. Eventually we are all confronted by the reality of the world and we are forced to hang up our cleats. For some, this day comes much earlier on in life.  For some, childhood ends before it begins.

One man has recently sacrificed his privilege to play,

Confronted by the undeniable injustice his fellow man is facing, he has recognized he must work, not play, work to create change and this is costing him dearly. Athletes are taught, we are all taught, that anything worth anything requires sacrifice and there is no greater sacrifice than one's own dreams. Kaepernick is sacrificing a dream he's carried since childhood, one that overcame one-in-a-million odds of ever being realized, in the hopes of realizing a second dream, that unfortunately has even bigger odds to overcome.

The dream that racism will one-day end.

Kaepernick is sitting out game day, because playing is a privilege, and right now it is time to work.

The Maine I grew up in was predominantly white working class; pavers, construction workers, fishermen. It was a tough time and a tough town. The police would mostly break up fights at closing time and answer burglary calls or domestic disturbances. Growing up in Maine, where I did and when I did, Sundays were for football, and weekday winter nights were for something else: snowballing cars.

All the joys of the Sunday battles could be replicated by throwing snowballs at cars. All of our skills showcased; our accuracy, our distance, our timing, and when we were lucky enough to get chased, our speed, and our cunning, as we disappeared under cars or porches or into the arms of bushy pine trees, holding our breath, as the snow crunched under the feet of the pursuers all around us.

However nothing was better, no rush higher, than when a cop car rolled into sight.

The stakes were instantly elevated.

The game just went into overtime.

This was the championship game.

this was a matter of pride, our own form of protest, protest against the shackles of childhood, to the arbitrary bedtimes, the limits on candy consumption, the haircut and outfit restrictions, the authoritarian nature of all adults ruling over us, endlessly correcting our grammar and posture. For us, this was the Holy Grail of moments.

There were rules of course.

You had to claim a cop car, like calling shotgun to secure the seat next to the driver. Only one person could do so, and whom ever called it fist would be the only one allowed to let fly, the others relegated to the role of spectator or fan.

Missing your mark was not an option. The others kids would snowball the hell out of you for wasting such an opportunity.

The heart would race as you waited, just far enough away that you could get a decent head start running, but not so far that you wouldn't reach your target, timing your shot for maximum arc to intensify the impact. I remember watching the snowball fly swift and silent through the dark wintery air, a moment of endless calm before the storm, the snowball floating high above, amongst giant flakes falling slow like ash erupted from some unseen and unheard volcano, I remember the snowball peaking, pausing, and then descending, zeroed in on the enemy. Hitting the red and blue lights was the mark of a true master. The ultimate skillshot, and the world was watching. The impact was met with a gasp from the audience, but your moon boots had better already be racing in the other direction, there was no time to revel in the majesty of your aim and delivery, the chase was on.

Cops are relentless, and prideful, and incredibly aggressive when under attack. They will call for back-up, set up perimeters, and spend hours hunting you.

There is no more powerful pursuit than the law; it is determined to administer justice in its most pure and proper form.

This was the Super Bowl and it started with their break lights, and usually ended in defeat, which was for me, being captured; but the idea that you might get away with it, might best them, was enough to draw you into the game.

Twice I got away.

9 times I got caught.

9 times I got cornered or discovered or chased down and tackled.

Nine times, one or more, cop or cops, ended the game with me in their collective custody;

and zero times did I ever see a gun pulled,

zero times was I ever assaulted.

Zero times did I fear for my life.

It was just a game.

We were just playing.

that is for sure.

but ultimately composed in their authority;

and my dreams somehow mattered more,

and that is why it's time to stop playing.

Because the police are no longer playing.

They are systematically ending the lives of black men, primarily black youths.

There is no ride home to your parents, no being lectured or grounded.

The dreams of children and men and their families alike, are being stolen by the police, who are sworn to protect and serve them in the pursuit of those very dreams.

with a toy gun,

the game is over.

The dream is dead.

And in their honour the whole world should stop playing and start working, together, to end this and every other injustice, any way we can. 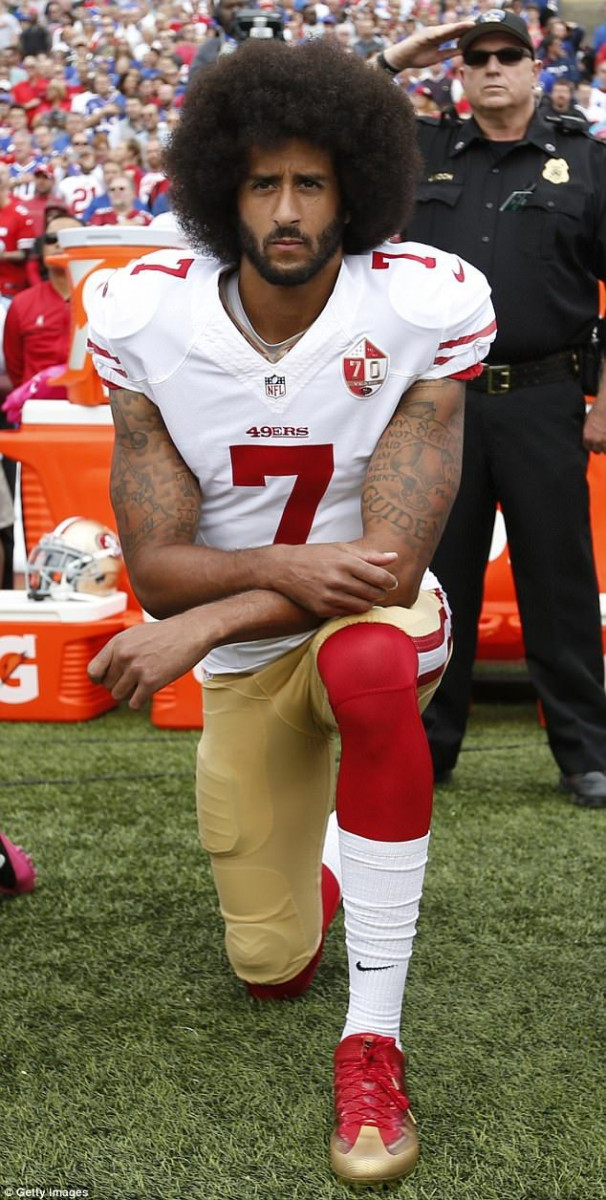