It’s happened to me many times over throughout my adult life, though each time it somehow surprises me. It has begun to have a script: a group of leftists of varying identities and experiences appear kind and committed to social justice values. Red flags are ignored and dismissed. An anarchist boyfriend’s covert misogyny is minimized. A white woman’s emotionally manipulative tears are considered sympathetic. A Black woman is raped or abused by a ‘woke’ white man and she is quickly reduced to social pariah. If she reacts with distress to a distressing situation, it is further proof of her lack of credibility and inherent ‘threatening’ disposition.  The white leftists continue to feign political investment in ‘the movement.’ They post hashtags. They go to Black Lives Matter protests and scream at cops who will never put a knee to their neck, “I can’t breathe.” They continue to breathe.

The formula of performative allyship is alarmingly simple. It mimics the cycle of an abusive relationship; the victim is bombarded with (usually public) gestures of care by the abuser. The goal is to persuade the victim that the abuser is a ‘good one’ and diminish the victim’s intuition that she is not truly cared for. After the gesture is enacted, the abuser returns to their pattern of harming the victim.

The seeming display of regard for the victim’s humanity is fleeting and calculated; the abuser has performed care well enough for the victim to stay. The status quo is returned to as soon as possible.

Performative allyship often moves past toxic social behaviour and manifests in openly harmful actions. At recent uprisings following the deaths of several Black people in the United States and Canada, performative allyship has reached dangerous proportions. Vice Canada reported that at the Montreal Black Lives Matter uprising in June 2020, white men were likely the instigators of several instances of vandalistic direct action without the instruction of Black Lives Matter organizers. These instigators ignored the Black-led protest to engage in disruption on their own terms, rather than Black-led terms. Civil disobedience can be a useful tactic in combating an unjust condition within a state, however, the actions of some white protesters have become fetishistic at best and coldly racist at worst.

White protesters in Montreal Creole language while vandalizing buildings, which is dangerous to the Black Creole community as it targets them for further police and punitive violence. By using the Black community as a scapegoat, false allies endangered Black people under the guise of comradery. White people have been present at Black Lives Matter protests in the form of ‘die-ins,’ in which they lay in chalk outlines and imitate the deaths of Black people.

These demonstrative actions exceed insult; they imply that white life (or white mimicry of Black death) is needed to validate the experiences and violence against Black people. There is a unique perversion in white leftist demonstration; their participation is supposedly with the intention of ‘allyship.’ Yet, in their demonstration, they enact white supremacy. They deny Black leadership, they deny Black agency, and they reproduce the racist narrative of the Black ‘threat’ to white society. The valid efforts for Black reparations and police abolition have become usurped by the white left’s self-indulgence. The behaviour moves beyond a refusal to accept Black leadership; it is a refusal to respect Black people’s agency.

For marginalized people exposed to this so-called allyship, it can be a kaleidoscope of emotional violence. Non-Black people continue to use social media to create a theatre of advocacy that willfully silences Black people. This reproduces itself in other oppressive structures; ‘feminist’ men who violate women, wealthy people who refuse to speak about classism and prefer to ‘donate to charities.’ By appealing to socially accepted leftism, people with power exploit leftist ideology to avoid honest accountability.

Sincere effort to unlearn oppressive behaviour is an ongoing process. Recognizing one’s power in daily situations and interactions can be humbling. Honest allyship is rooted in trust; to invest in the safety and wellbeing of a community necessitates internalizing information about privilege not just as data, but as intrinsically related to others’ everyday struggles. These are steps anyone can begin to take:

The fundamental opposite of performative allyship is well-cultivated trust; it’s akin to repairing a damaged relationship. The work of showing up for marginalized people requires introspection, humility, and love. Moving oneself towards empathy can be deeply radical, but beautifully fulfilling.

To be a part of a movement and to ignore its most vulnerable members causes ripple effects of hypocrisy and harm. Solidarity produces the counter-results of this. Pause your hashtag bombing. Pause your public displays. Listen to those you’ve considered social pariahs. Listen to those expressing pain at your hands and the hands of your community. Allow a movement centered on remarkable change transform you into a remarkable ally. 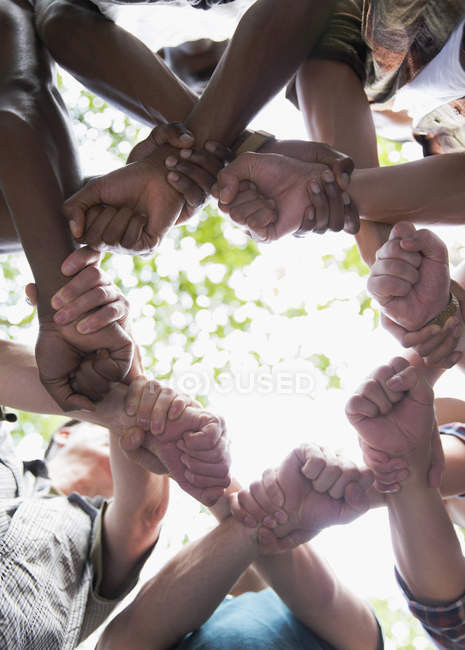