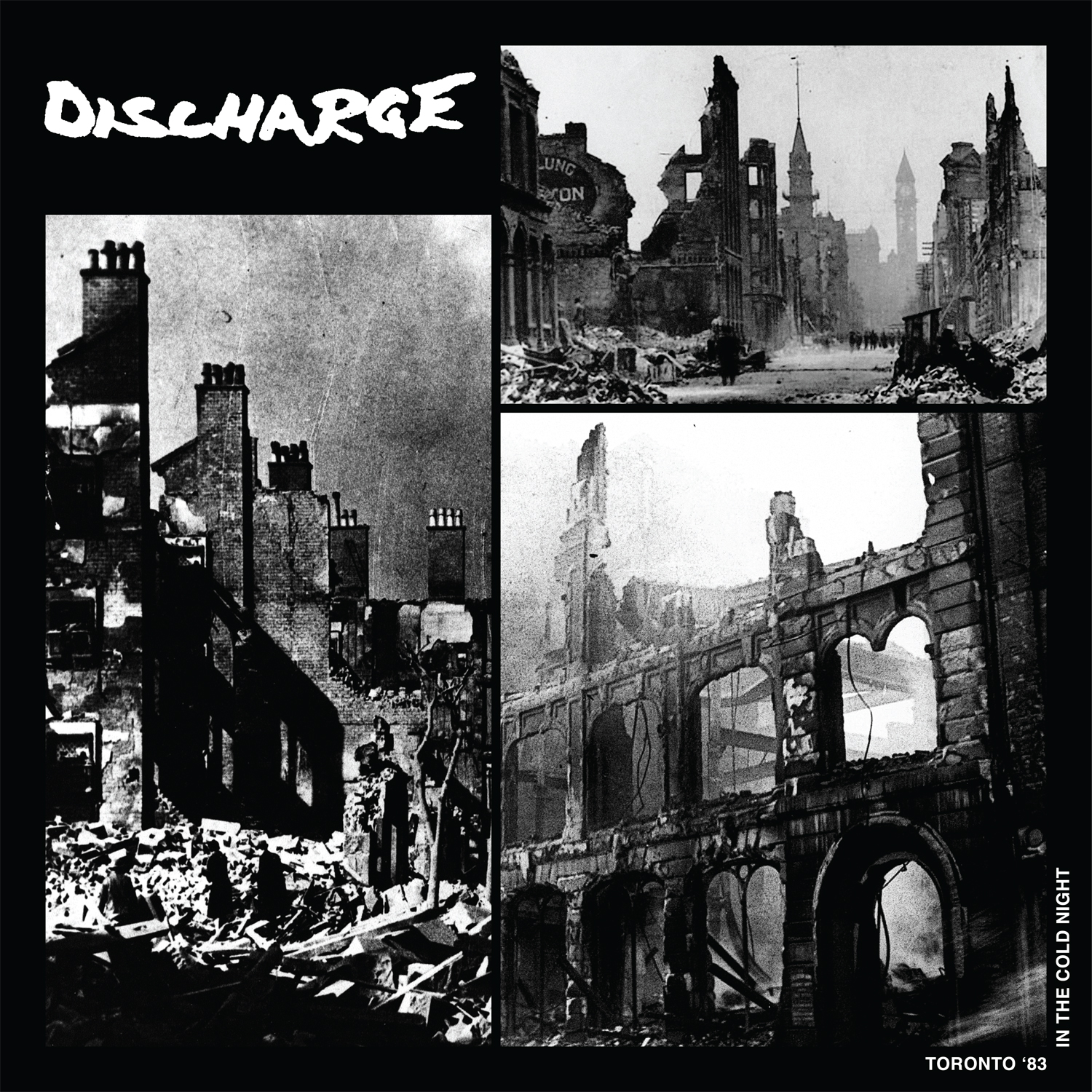 Toronto’s Ugly Pop could be described as the perfect punk rock label. Embodying the DIY spirit that continues to permeate punk rock culture, it is headed up by Simon Harvey who shoots from the heart as a dedicated lifelong punk. Ugly Pop’s mandate is to serve as a vehicle to document both the past and present the underground rock scene. Starting off in 1998, by releasing a compilation of eight bands paying tribute to hardcore’s heaviest Negative Approach, Ugly Pop can now boast over 72 releases tucked under its bullet belt. Under the Ugly Pop umbrella is crucial current hardcore releases by Career Suicide and C.C.S.S., as well as records by punk rock stalwarts such as Discharge, The Pack, The Ugly, and more. Being a record label in these unsure times can be brutal though, and it seems the real struggle is only now beginning. Recently, Ugly Pop has been forced to slow its release schedule down and contemplate its future. 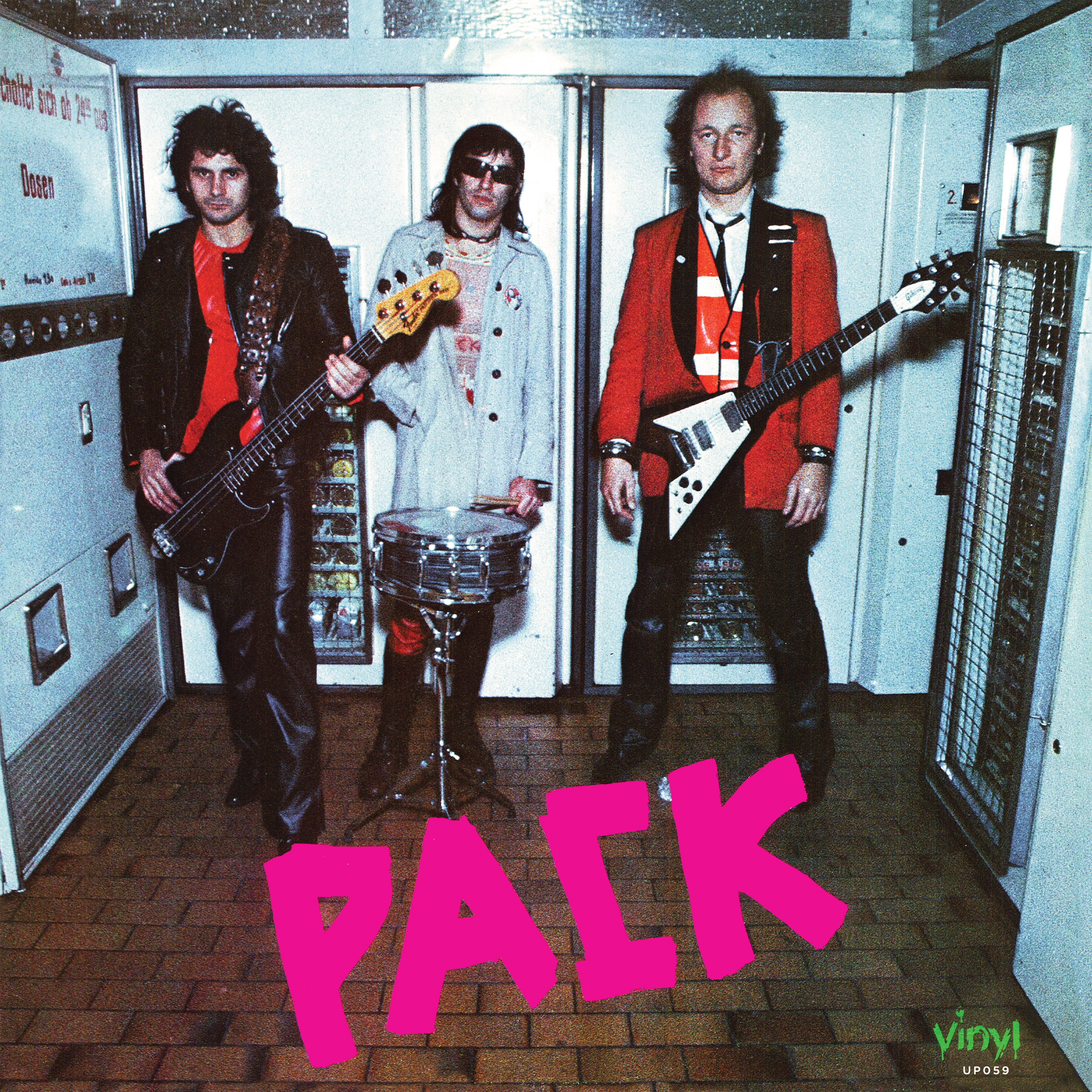 Godberd caught up with Ugly Pop’s Simon Harvey through an email exchange to discuss both the history and the future of the label’s trajectory.

Godberd: What was the initial spark that got you into punk rock?

Simon Harvey: When I was a kid, I didn’t really pay much attention to music, until one day consciously deciding to start listening to the radio around 1981-82, when I was 10 to 11 years old. I immediately loved a bunch of records that were in the charts around that time; hits by XTC, Madness, The Jam, Joan Jett, The Clash and Pete Shelley (who had recently broken up Buzzcocks). I somehow got more caught up in Rush for a few years, before borrowing a couple Clash records from a kid at school in March ’85, aged 14.

I never looked back from that point, and was soon diving into Discharge, Dead Kennedys, DOA, Minor Threat, etc. By the time I saw my first show (DRI, Die Kreuzen) a year later, I was all in. I’ve never believed in a ‘community’ in punk rock, though.

G: What were some of the labels that provided inspiration for you? 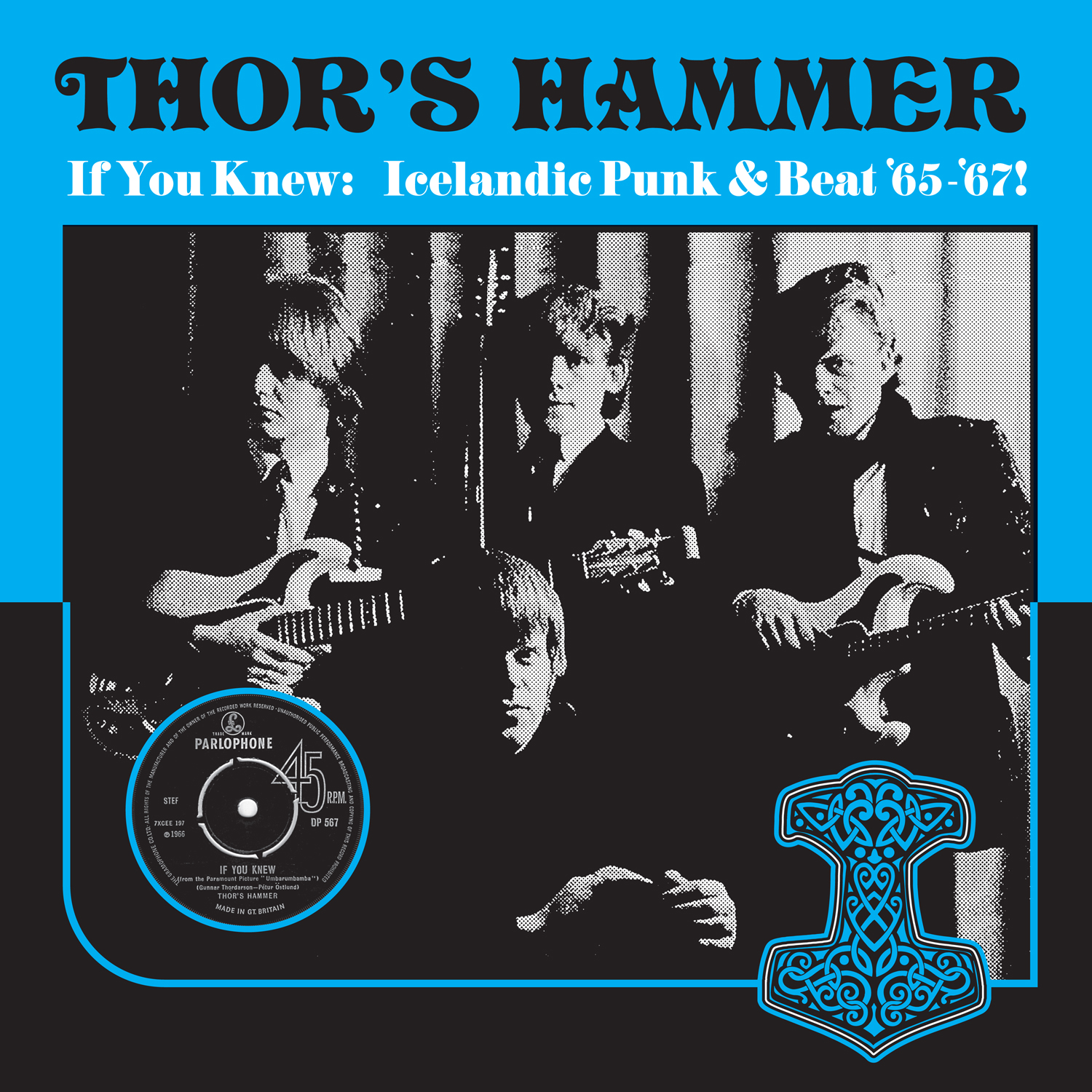 G: Was Ugly Pop a product of record collecting? How many records do you own? Do you still actively collect?

SH: I wouldn’t say that Ugly Pop was a product of collecting, per se, but certainly my interest in records was instrumental in deciding to start making them myself. There are also two pretty distinct phases to the label; the first was more scene-oriented, a local label dedicated primarily to documenting the local groups around us at the time. This lasted from 1998 until around 2010. From around 2011, the motivation was more about reissuing rare and obscure titles from the past, although with a particular interest in Canadian groups. We also released records from new groups during this period.

I own maybe two thousand 12” records and a few thousand 7”. I collect more than ever now, after acquiring and shedding whole collections a couple times over the past couple decades (because of rent and tuition, not lack of interest). My focus is 95% on worldwide punk 45s, ’75—’84.

G: What was the eighties punk rock scene of Toronto like compared to now?

SH: Much less diverse, and much more a ‘scene’. By that I mean that there was a hardcore/punk scene with a few subscenes (UK82/mohawks, straightedge/NYHC, Crass/MDC etc) that still largely overlapped. Now there are numerous, comparatively rigid scenes that are quite discrete from one another. Of course, I lived completely in hardcore back then, and now I have very little to do with it. Leave it to the kids, nobody wants to be the lone old guy hanging around way too late.

G: How has Ugly Pop influenced your life?

SH: 22 years of late nights, headaches and debt. But I got a t-shirt.

G: What are some of the obstacles you have had to deal with to keep Ugly Pop running?

SH: The ongoing decline of vinyl; media hype and mainstream sales notwithstanding, sales of punk records are in terminal decline, even as production costs dramatically rise, to the point that they will soon no longer be viable. The collapse of distribution, the cost of postage, and the difficulty of selling records by new groups and the shrinking pool of older stuff actually worth reissuing. 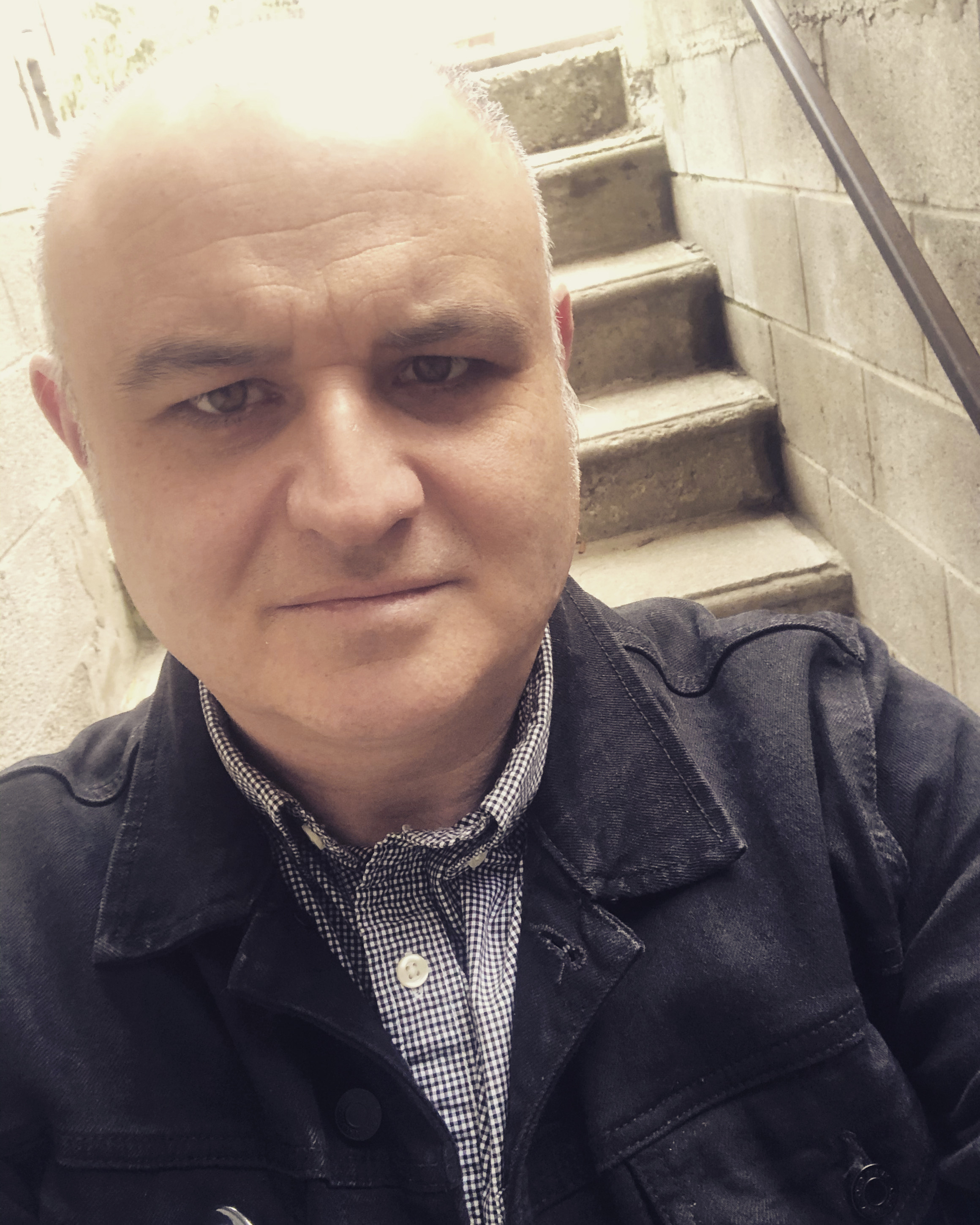 G: What is the future of Ugly Pop?

SH: I would like to release the second Plasticheads 12” this year, as well as a compilation LP of unreleased Canadian punk recordings circa ’77—’83, and that will most likely be it. I’m also helping out my friend Fran with her metal label Urbain Grandier, which specializes in quality reissues and excavations of classic metal. We started out with a couple of killer records last year and have more on the way soon.

G: How has the current crisis hindered Ugly Pop?

SH: It’s hard to say—I was hit by a truck in December 2019, and was unable to run the label anyway. The pandemic struck shortly after I was just able to walk again, so we had no new releases and nothing in production. That, along with the lacquer plant fire and the economic depression that I expect to come along soon, pretty much hammered the final nails in this label’s coffin, though.

G: What are some of the checklists you have to want to reissue a record?

SH: Do I love it, is there demand for it, can we get the rights? That’s pretty much it, but all three factors must be satisfied.

SH: The idea of pluralizing ‘holy grail’ seems to rather weaken the concept, but a couple things I wish we could have reissued would be the Fun Things EP (Australia, 1980) and the Dogs “Go Where You Want to Go” 12”.

G: Do some record collectors get on your nerves and if so, how? 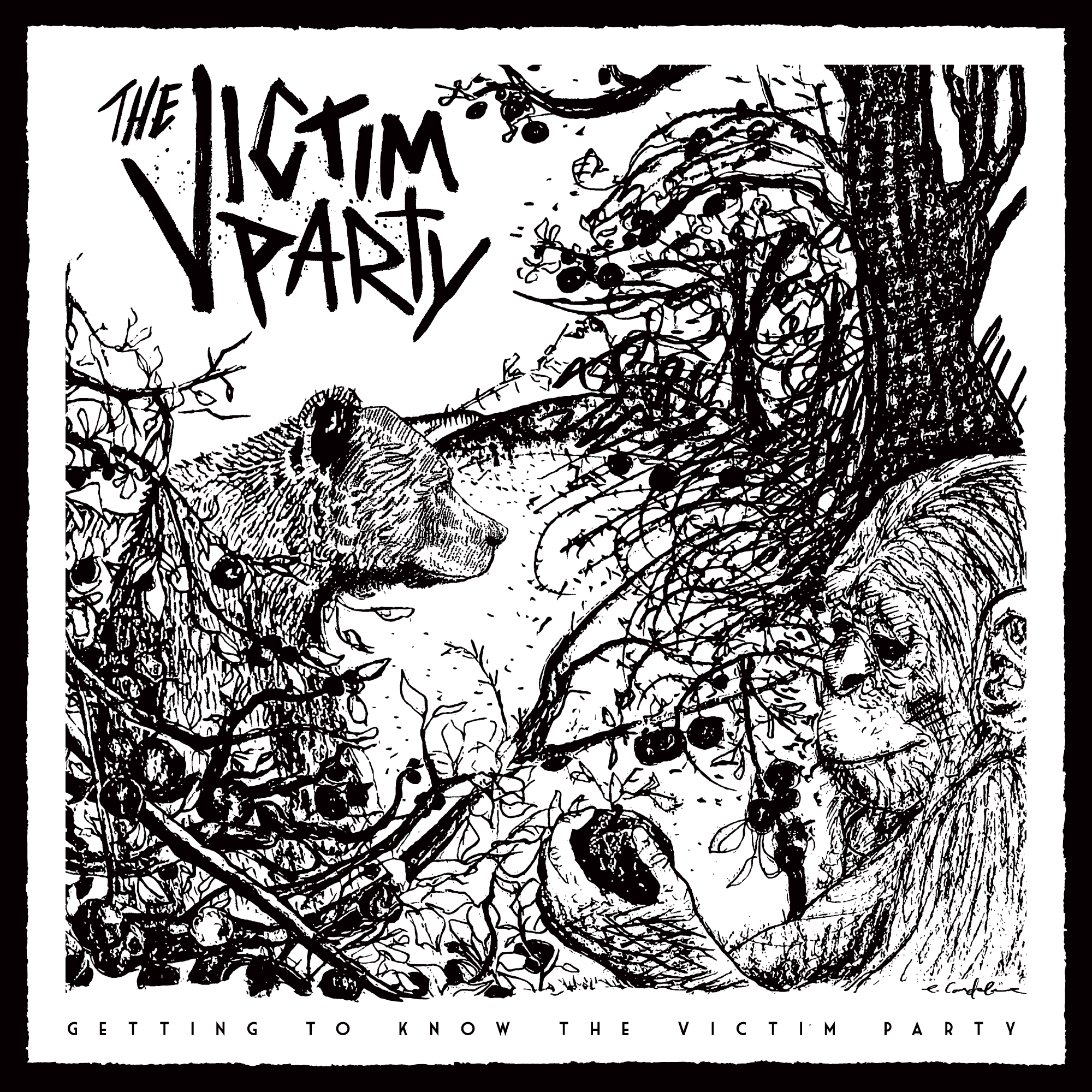 SH: There are definitely very different ideas of what constitutes record collecting, and not even much overlap. For some, it’s rooted in cultural history, a fascination with an ongoing and important current of underground art that is manifested largely in physical objects—records, sure, but also fanzines, flyers, demo tapes…all the tangible production of an impulse. Documenting and appreciating this stuff is important, even noble, and involves taste and insight. On the other hand, there’s mere acquisition of junk, like owning eight different copies of the same mediocre straight edge record because they’re on different colours of vinyl, or collecting instant manufactured “rarities” like Record Store Day releases. This has no cultural value and might as well be about Beanie Babies or Star Wars toys.

We did do coloured vinyl somewhat reluctantly because of the immediate rush of orders it would get, but I really wish it was something we could ignore completely. There was a time when there was some innocent fun around limited sleeves, colour vinyl etc, but the advent of eBay and then Discogs just turned everything into crass speculation and nothing to do with punk or music. Witness labels making 100 test pressings to sell for a premium etc.

G: How would you describe a typical fan of Ugly Pop?

SH: I doubt the label has fans, per se, but I’d think that the average person who consistently buys our records is probably a little older and maybe a bit less into specific subgenres and more informed by a general idea of good rock’n’roll music. Ugly Pop did everything from sixties beat and psych to early seventies proto-punk through late seventies punk and power pop to early eighties hardcore and oi, as well as current groups working within that tradition. But I always liked to feel that there was a certain ‘golden thread’ running through these styles and records that would generally appeal to anyone who appreciated a good tune recorded rough and played with energy. 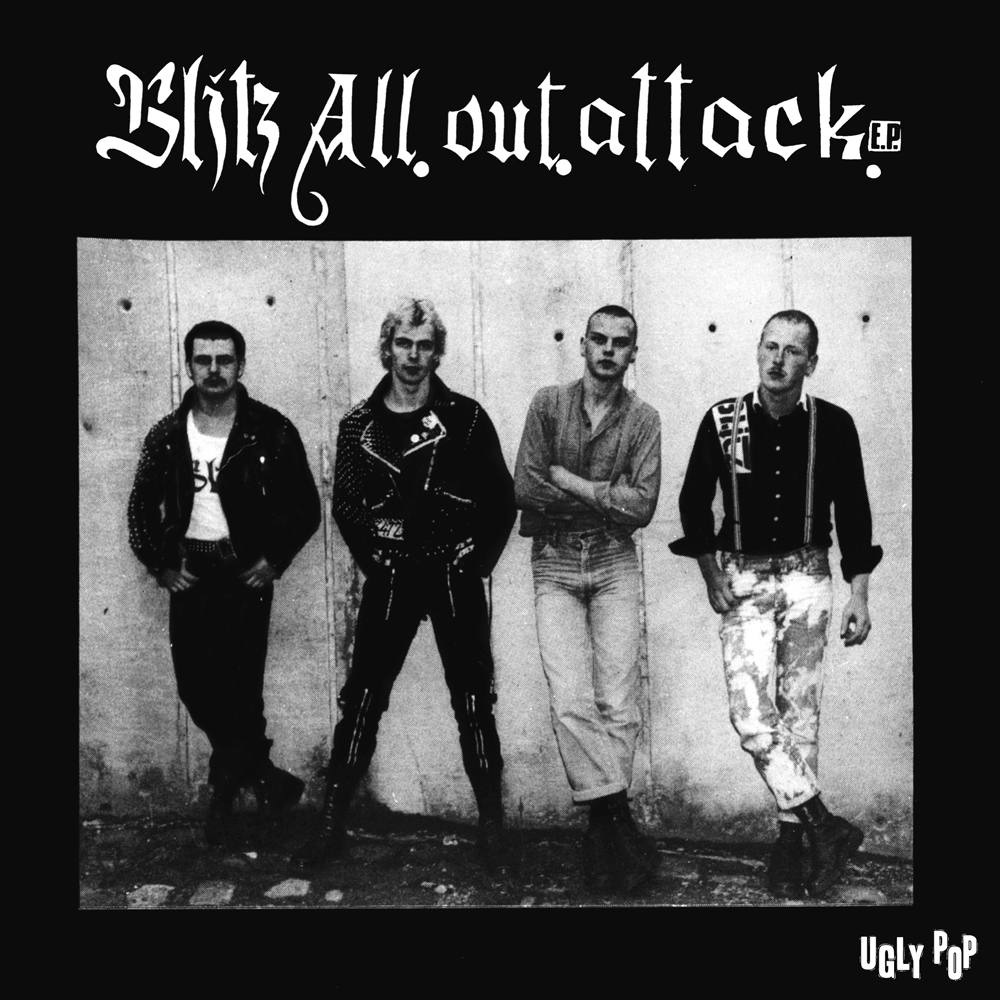 G: What is your favourite Ugly Pop record and why?

SH: Honestly, that’s impossible to say. The b-side of the Masters Apprentices 45 might be the single greatest cut we ever issued, and the Blitz EP is essentially a perfect hardcore record, but they were also reissues. It was a huge privilege to release an old Discharge live set on wax, since they’re an all-time favourite, but perhaps I’m most proud of killer records we released by new groups, especially Canadian outfits. The Victim Party ‘Getting to Know…’ LP (Toronto 2015) and Plasticheads ‘Nowhere to Run’ LP (Toronto 2019) would be huge favourites no matter who released them, while Proxy ‘Slow Suicide’ 45 (Montreal 2014) still finds its way onto my stereo regularly.

Keep up with Ugly Pop on Instagram and Bandcamp. This interview has been edited for clarity.

Interview for Godberd by Johnson Cummins.