"Were You Drinking?": On Addiction and Vulnerability to Victim-Blaming
Main
Main
Comments
Participants
Sponsors
News
Venues

In February 2020, I was sexually assaulted by a long-term partner after trying to leave the relationship. In the aftermath of this trauma, I immediately worried that I might face the predictable aphorisms of victim-blaming from anyone who knew about the incident: “I don’t want to be a part of the drama,” “He’s a really good guy,” “Did you even fight him off?”, “That’s not a real sexual assault,” “It sounds like you’re just causing negativity.”  But, I knew one question would sting more than the rest: “Were you drinking?”

My anxiety around this possible question dated back to an encounter I’d had in 2014. After being raped, I made the staggering choice to report the incident to the police a few months afterward. The experience of reporting was itself horrifying; I quickly learned that every aspect of my character and personal history was up for speculation.  Any previous experience I’d had of being harassed, reporting these instances, or assisting friends in their own claims of harassment was brought to the forefront. I was strangely put in a position of having to defend having been harassed before and encouraging friends to report their experiences. I was accused of lying about being raped by the police and, in the small university town I lived in at the time, this accusation reverberated around the community.

In the subsequent months, I lived in an odd hell of ongoing, subtle social claims that I had lied about a serious crime- acquaintances approached me asking if I was a liar.  It was at this time that I began to break down. After such a massive trauma, I could barely emotionally manage the assault itself, let alone the socially volatile onslaught I suddenly faced.  Friends of my assailant began to stalk my movements and physically assault me when we were in the same space. The environment of fear overwhelmed me.

The town police force proved itself to be equally as threatening. While making my report and in police meetings after my report, I met with an officer who was insistent that I was being disingenuous about both my assailant and his friends’ subsequent attacks.  The officer bluntly threatened me, stating that if I continued to "lie," I could face charges myself. A stage was set for my own self-destructive behaviour.

I began to drink. A lot. I was in the process of completing a Master’s degree and denied to my professional community that anything was wrong.  I performed the role required of me- I appeared at my teaching assistant job, went to my classes, graded student work, and completed chapters of my thesis, all the while privately rotting in an unwilling cave of confusion.  I had internalized the notion that any barrier to my progress was based in my inability to ‘try harder.’

So I did. I tried harder after living through vicious men, vicious institutions, vicious communities, and a vicious world- but, I didn’t survive easily. Moments of the absolute minutiae from these traumatic instances presented themselves in my dreams and in my seconds upon waking. I thought of prior trauma, the current trauma, and fear of the future almost daily- I felt little safety in the world. I had been harmed by both an assailant, the assailant’s friends, and the town police force, so I felt extreme anxiety even moving through the streets.  The isolation and panic overcame me. I drank and smoked even more.  I spoke only to be appeasing and accommodating to the company I was around. I felt that I had combed out a thread of bad magic which no one could see- I could make all of these ineffable memories mellow into a pond with a shot and not a single person would ask me what sank me there.

Late yesterday night, I combed through an old hard drive full of years old home videos. There was one I had no memory of even being recorded. It was me, in my mid-20s, in a satin camisole, white pajama shorts, and woollen Winter slippers with seasonal reindeer and snowflakes dancing across the ankles. I am clearly intoxicated. The person recording the video laughs as I clumsily strum my guitar and make unfunny jokes. I say that maybe we can record a song together that night, though the promise is visionless and my gaze finds interest in a bag of chips seconds later.  I occasionally dart a lazy smile toward the person recording the video.  It is a smile without presence or intention, not much more than a half-hearted and half-brained nod to the fact that another person is in the room.  I look down often. Any outside set of eyes might liken the character in the video, this distant, hidden woman casting dishonest smiles, to a baby. I move without direction. I make fleeting attempts to appear cute or worthwhile to the other individual present. I fail to produce language to render the nagging fear and the well of need in my gut intelligible to another body.  I am helpless and without words for a trauma; the woman in the video appears listless and pathetic, but also looks like if she were to speak something truthful, the whole world might hurl itself from her stomach. She looks completely detached from her environment while being wired to the emotive core of some unspoken experience.

I remember what I was not saying.  I remember nightly terrors of a past that wasn't in the room, but felt inked into the walls. I remember a horror that no one around me was interested in hearing.  The people of my history moved throughout the town and I remember feeling the edges of my skin shift when I went into a pharmacy. I remember pretending to be okay.  I remember telling a few people, "That guy… so, the assault I mentioned, he did it," and being met with litanies about how complicated situations like these are- I remember disappearing.  I remember drinking over a paradox I couldn't tease out- if I didn't exist, then the abuse didn't happen. If I did exist, it did happen, but no one (including the local police) viewed it as a probable reality, so I must be crazy.  As my assailant's friends continued to stalk me online and otherwise, it was enough to drive anyone to try to erase themself.

A haunting of a wish kept me in contact with people: Make me safe. Make me vindicated. Make me whole. Addicts are rarely granted the basic wish of 'make me safe.'  We are living with memory embedded into our interactions and are socially unable to express the depth of personal history that led to our circumstances.  No one is an addict because it's fun; people are addicts because nothing else has better managed an ongoing mental ask for acceptance.  It is a self-curated dome for the care that the exterior world has failed to provide.  It is an urge to dis-remember those perfectly horrible moments.

I remember everything that happened. I hate that I remember. I love that I remember.  I drank to dis-remember.  People with comorbid post-traumatic stress and substance abuse disorder live  within a temporal landscape that may look like a Rorschach test to anyone on the outside.  Our incongruent ink spots are the maps to a diary beyond the hazed lens of intoxication. We aren't crazy. We know what happened. We are just unable to manage it. We want a happy life.  Our memory has no statues, has no court, has no status; it is a sickly, persistent 'is.' For the people who have done everything to try to make our bodies forget, ask us: what do you remember? 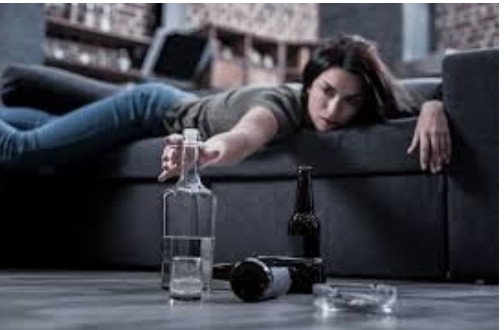 Article
addiction assault trauma ptsd substance abuse disorder
372 views
"Were You Drinking?": On Addiction and Vulnerability to Victim-Blaming
Are you sure?
Please, enter a value here