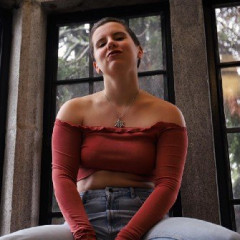 Their work frequently is situated between art, activism and truth. Angelica has been known to summon ghosts back to life, as they unearth truths about diaspora, lineage, sexuality, consent, gender and forgiveness.

They’ve shared the stage with clowns, comedians, politicians, scientists and rabbis. Highlighted performances include opening for Shane Koyzcan at the Vogue Theatre (2019), the Museum of Anthropology (2018) and the UN Peacekeeping Defense Ministerial (2017).

In their media activism, Angelica is focussed on the ways in which violent myth is recycled in mediated structures, as well as the opportunity to create information systems for liberation. Their project “Goggle Images,” an interactive website that highlights the oppressive algorithms of Google Images, received national recognition. Angelica also created “sexualviolence.news” a documentary and research project conducted at the University of British Columbia in 2019. The study and multimedia piece analyzes trends perpetuating rape culture in TV News Broadcasts reporting on rape in dominant US and Canadian networks over the last 10 years. Moreover, Angelica has written numerous articles on key issues in media justice across a multitude of publications.

Angelica recently graduated with a Bachelor of Media Studies and concentration in Political Science from the University of British Columbia. Angelica is currently pursuing a master's degree from Ryerson and York University in communications and culture with a research focus on using media with an emancipatory function. 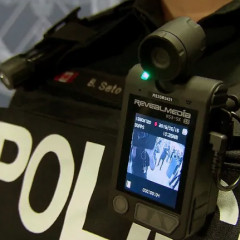 Police Body Cameras Only Keep The Police Safe
Around the world, local and national governments are grappling with the issue of police violence. But are police body cameras really the answer, or just another route for police to enact violence and … 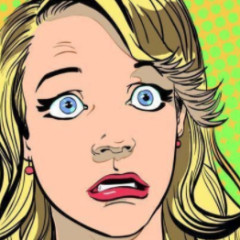 Womxn, Womyn, Femme, Woman: What's the word?
A quick guide to some of the most common terms used in contemporary organizing and their relationships to trans and gender non-conforming people. 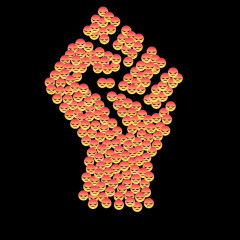 Tweeting Moments of Trauma: On Sustaining a Movement
Facebook, Instagram and Twitter literally profit off of images of violence against Black people. But they do not profit off of calls to action for systemic change.